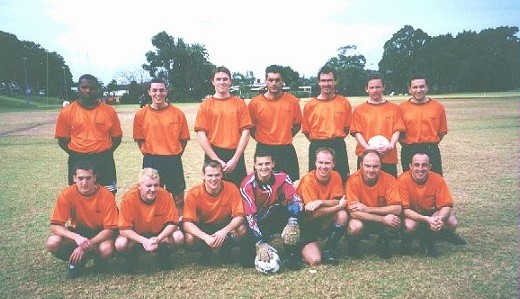 Balmain Rovers frequently have to wave goodbye (sometimes temporarily, sometimes permanently) to various players. This happens so often, it normally goes unremarked. This pic, however, commemorates the last time the Balmain Rovers lineup featured a founding player who was instrumental in whatever success we had, and who was cruelly forced to depart our shores in an untimely fashion. Front row, third from the right - Russell Borman, we salute you.